TAKE BACK CONTROL OVER THE INTERNET

When I switched on the Internet at the School of Journalism at the end of the eighties of the past century. I was impressed by the idea of electronic communication: ranging from e-mail to IRC chat.
This would enhance communication and understanding, and contribute to democracy. Now the opposite is the case. “At the heart of their disenchantment, is that the internet has become much more “centralised” (in the tech crowd’s terminology) than it was even ten years ago”….”the system was “biased in favour of decentralisation of power and freedom to act”, writes the Economist . 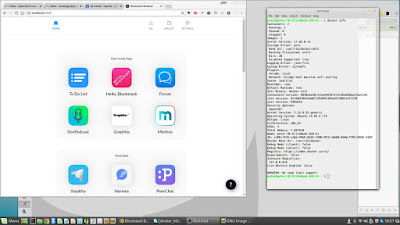 From de-centralized to centralized
Instead of have direct one-on-one communication, decentralized and uncontrolled, we are working on controlled centralized systems. “These days the main way of getting online is via smartphones and tablets that confine users to carefully circumscribed spaces, or “walled gardens”, which are hardly more exciting than television channels “. It almost looks like that the times before the Internet have returned. Is Facebook so different from what was once Compuserve?

The decentralized infrastructure of the Internet is still there. On the basic level the net still runs on TCP/IP . “The connections to transfer information still exist, as do the protocols, but the extensions the internet has spawned now greatly outweigh the original network”. Not the basic level but the levels higher up are centralized and controlled. Consumer websites and all these apps. Take the social networks for example, we work on the machines of Facebook (comparable with Compuserve mainframe). “The best way to picture all this is as a vast collection of data silos with big pipes between them, connected to all kinds of devices which both deliver services and collect more data”.

Data business
How could that happen? Answer: data! “The Google search engine attracts users, which attracts suppliers of content (in Google’s case, websites that want to be listed in its index), which in turn improves the user experience, and so on. Similarly, the more people use Google’s search service, the more data it will collect, which helps to make the results more relevant. “ And the same counts for Facebook or Instagram. Data and targeted advertising are the basis of the business model which turned the Internet in a totally different beast. “Having tried to sell its technology to companies, it went for advertising, later followed by Facebook and other big internet firms. That choice meant they had to collect ever more data about their users. The more information they have, the better they can target their ads and the more they can charge for them.”

Take back control
What can we do to take back our original control over our communication on the internet? Below give a summary of 4 possible solutions based on the literature referred in the links.

1. An obvious answer is let's start all over all over again avoiding the mistakes. But what was the mistake: privacy of data was not build into in of the protocols on the internet.
The blockchain is likely one of the possibilities for storing identity to use in one of the decentralized applications. Blockstack is an example of decentralized use of internet protecting the identity.

Installing blockstack is a two step process: first you have to install docker, a container to run the software; second install the blockstack in the container .
DAPPs or decentralized apps is the keyword for rebuilding the uncontrolled and decentralized internet

2. Anti trust and monopoly policies is the second option. The dominance of the FAAG' s is bad for consumers.

3. The Chinese option is for the liberal west not so attractive and ends in a surveillance state, where control of data is in the hands of the government: completely walled and centralized internet.