Analyzing the Twitter network of 500 South African journalists shows a prominent role for the tweeps of the Mail&Guardian. Using the Twitter names on Hacks List (http://hacks.mediahack.co.za/ ) downloading their relations, and analyzing them in Gephi (www.gephi.org ) and NodeXL (http://nodexl.codeplex.com/ ) creates the following graph:
(Published at Memeburn: http://memeburn.com/2012/07/how-to-make-your-journalistic-twitter-network-rock-a-case-study/) 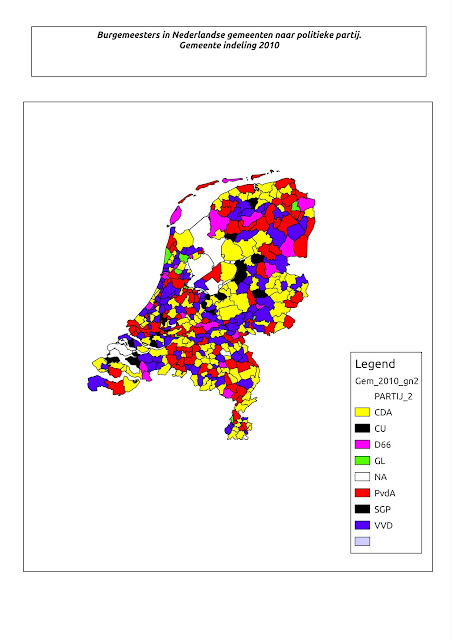 Are journalists on Twitter only following each other and preferable only those of the same media? That is an interesting question because the answer could shed some light on pluralism in the media and about the independence of journalists. The graph above may give an answer; it shows the network of Twitter relations between the top 500 South African Journalists on Twitter. These 506 tweeps share 2503 relationships; resulting in a density of 9%.  The colors show the different groups in the network and the size of the names reflects the authority of the tweep in the network.
Published at Journalism page Wits University, Joburg, SA: http://www.journalism.co.za/index.php/news-and-insight/insight/169-general/4991-sa-journalists-on-twitter-who-do-they-relate-to.html 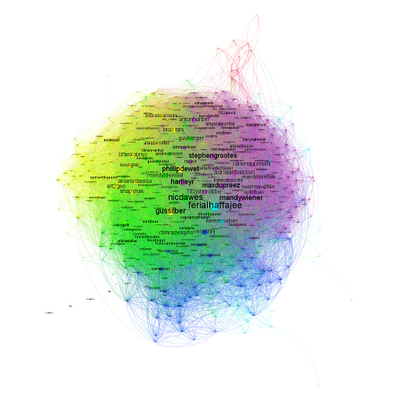