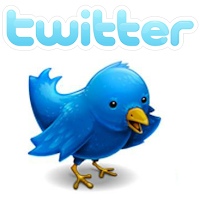 Twitter is like the coffee machine in the newsroom. Get a shot of caffeine and chat with colleagues; exchange useful information but also get the latest gossip and rumors. The difference is that what you hear at the coffee machine you will not publish. Twitter works different; gossip, rumors and other unverified information are published and cause sometimes a hoax. The tweet about the suspension of the famous CNN talk show host Piers Morgan over the phone hacking scandal is a recent example of a Twitter hoax. An other one from the beginning of last year was about a tweet spreading the rumor that Mandela had died. Published on Memeburn: http://memeburn.com/2012/01/seven-top-tips-for-verifying-tweets/
Meer lezen »
Gepost door d3-media op 01:18 Geen opmerkingen: