KEYWORDS AND SENTIMENTS IN THE TRUMP - CLINTON DEBATE

The Economist published a very interesting data journalism piece about the emotions in the presidential debate Trump versus Clinton. "Using facial-analysis software developed by Microsoft, The Economist has sought to quantify Mr Trump and Mrs Clinton’s emotions during some of the most trenchant moments of the debates".
This analysis focuses on facial expression in the debate, the content however is important as well. Using a transcript of the debate published by The Washington Post , I analyzed the debate on keywords, visualized in word clouds and the sentiments related to the words using R. 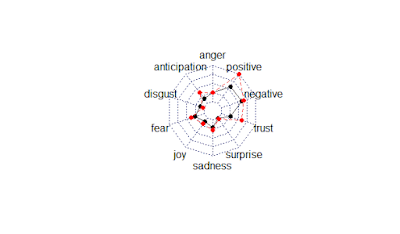 Here are the word clouds for key words of Clinton and Trump after the 'more tag': 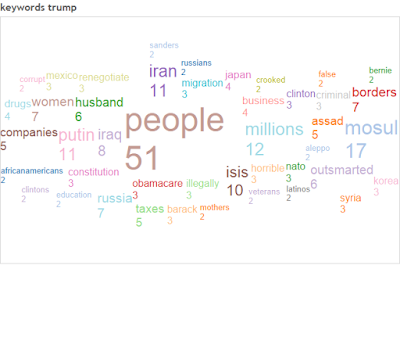 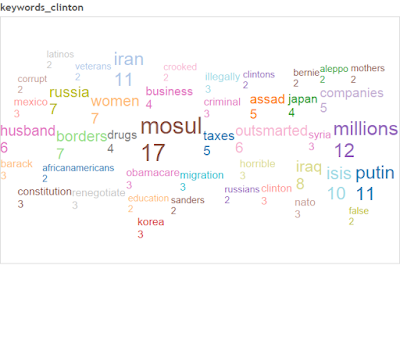 The visualizations of analysis of the sentiments looks as follows: 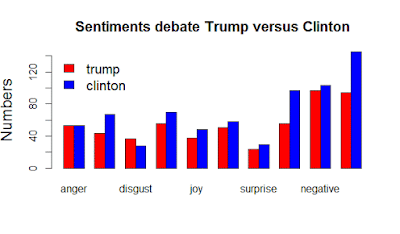 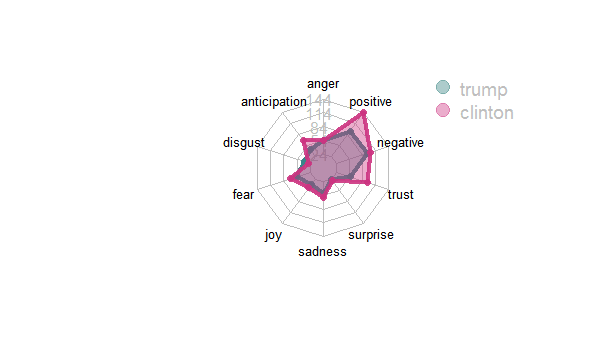